What we today know as Echos started as a blog that was created by Echos’ founders Juliana Proserpio and Ricardo Ruffo.

It all started with an unassuming internet blog when two friends – Juliana Proserpio, 33 and Ricardo Ruffo, 35 – decided to share their learnings about design on the internet. Juliana, a graphic designer and Ricardo, an entrepreneur decided to go from São Paulo to New York to participate in a Design Thinking course at the School of Visual Arts in an attempt to explore in greater depth the subject they had been constantly discussing.

Design Thinking has become a force to be reckoned with in business for being an innovative concept that creates methods and processes for complex problem-solving. According to the pair, the response they got from the blog was so overwhelmingly positive that, as a result, they started to be invited to speak about Design Thinking in industry events.

In 2010, during one of these events, the idea of starting a company together arose. Ruffo remembers that, after finishing their talk, an executive from Vivo Institute approached them. “We were invited to be consultants for his business, and with this consultancy, the idea of opening a company took place. We saw potential in what we were doing.”, says Ruffo.

As Ruffo was a businessman and Proserpio, a designer, getting the business off paper was relatively easy. At the time, they called the company Design Echos, but the name has since evolved to Echos. After their first project, new opportunities began to happen. 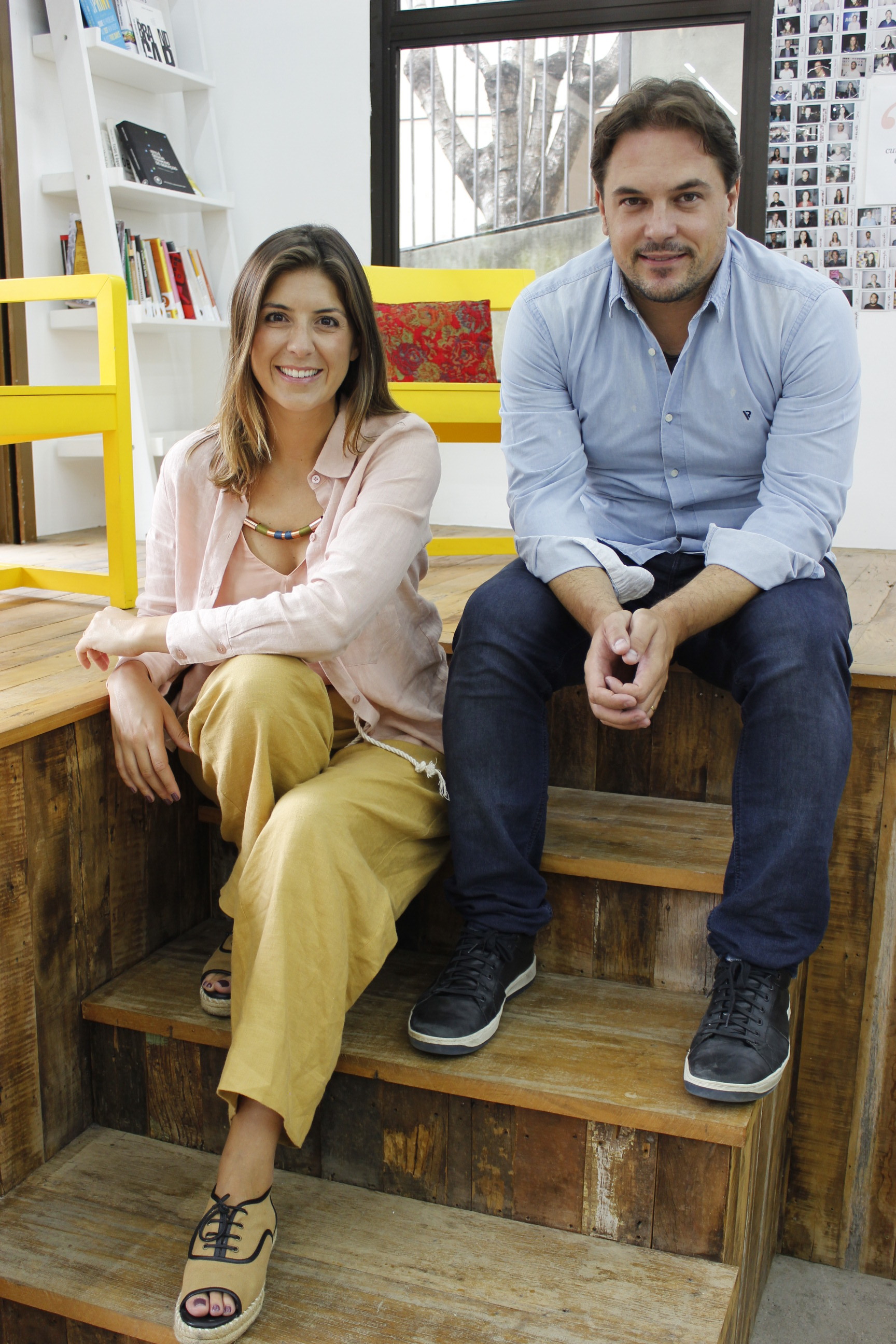 In parallel with their consultancy projects, the duo started to train and capacitate corporations in how to innovate. This part of the business revealed itself to be such a success that the partners decided to invest and create The School of Design Thinking to sit under the Echos umbrella.

Ruffo recognises Echos’ turning point to be between 2015 and 2016, “This was the period in which we grew the most. Companies were looking for an alternative to capacitate their employees and stand out in the Brazilian market during the economic crisis”, he remembers.

Throughout the years, more than 33,000 students attended Echos courses. The school offers short courses as well as longer experiences, such as Design Thinking Specialisation, which is a 176 hour-long course.

In the consultancy side of the business, Echos has clients such as Unilever, Faber-castell and Itau Bank (Brazil’s biggest bank). The consultancy projects have an average lifespan of 5 months and require varying budgets depending on their complexity. “I believe that our mission is to help accelerate innovation in the market and the impact it has on your business”, says Proserpio. Echos closed 2017 hitting the AUD$ 3 million revenue mark.

In 2017 Ruffo and Proserpio migrated to Australia and brought their business with them. The Australian team currently has five members and is growing. In the short time Echos has been in Australia, they have taken on board important clients such as Kmart. “The Australian market has welcomed us with open arms”, says Ruffo.

Besides Australia, the company also serves as a consultancy for several companies in Portugal. “I think it is imperative for Echos to be one of the responsible companies in making innovation global. The idea is to continue to take the business to other countries”, says Proserpio.