Creativity is a metaphorical muscle, the more you exercise it, the stronger it will get. In the spirit of exercising creativity and making it a permanent feature in your life, here are four books that will flex and tone your creative guns.

1- Creativity Inc.: Overcoming the Unseen Forces That Stand in the Way of True Inspiration, by Ed Catmull 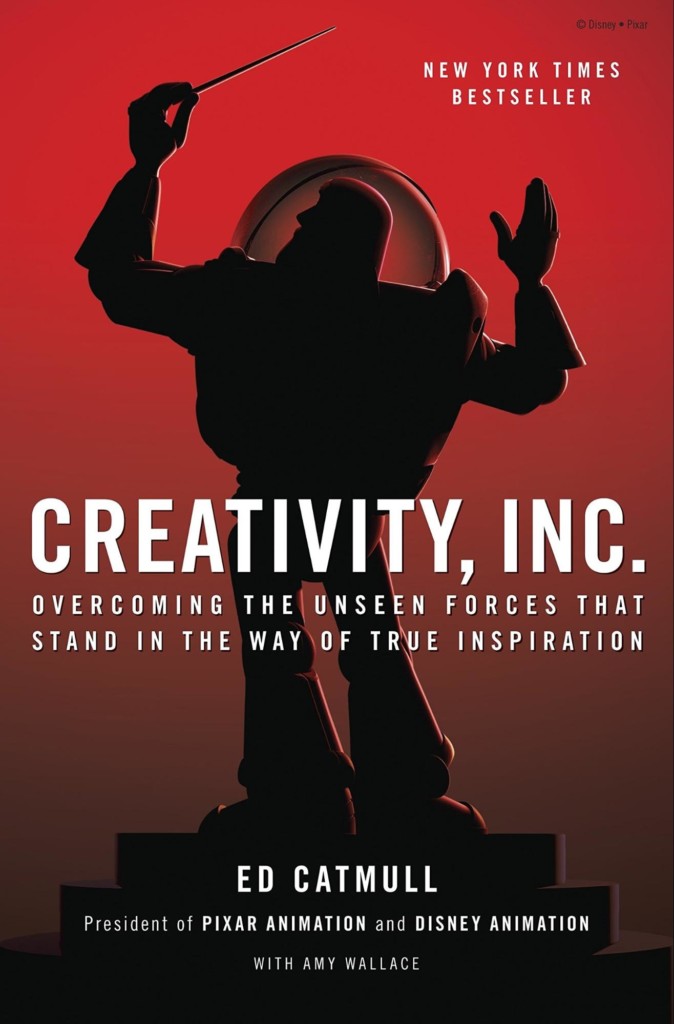 “What does it mean to manage well?”. From Ed Catmull, co-founder (with Steve Jobs and John Lasseter) of Pixar Animation Studios, comes an incisive book about creativity in business—sure to appeal to readers of Daniel Pink, Tom Peters, and Chip and Dan Heath. Creativity, Inc. is a book for managers who want to lead their employees to new heights, a manual for anyone who strives for originality, and the first-ever, all-access trip into the nerve center of Pixar Animation—into the meetings, postmortems, and “Braintrust” sessions where some of the most successful films in history are made. It is, at heart, a book about how to build a creative culture — but it is also, as Pixar co-founder and president Ed Catmull writes, “an expression of the ideas that I believe make the best in us possible.” For nearly twenty years, Pixar has dominated the world of animation, producing such beloved films as the Toy Story trilogy, Monsters, Inc., Finding Nemo, The Incredibles, Up, andWALL-E, which have gone on to set box-office records and garner thirty Academy Awards. The joyousness of the storytelling, the inventive plots, the emotional authenticity: In some ways, Pixar movies are an object lesson in what creativity really is. Here, in this book, Catmull reveals the ideals and techniques that have made Pixar so widely admired—and so profitable. (source: goodreads)

2- Steal Like an Artist: 10 Things Nobody Told You About Being Creative, by Austin Kleon 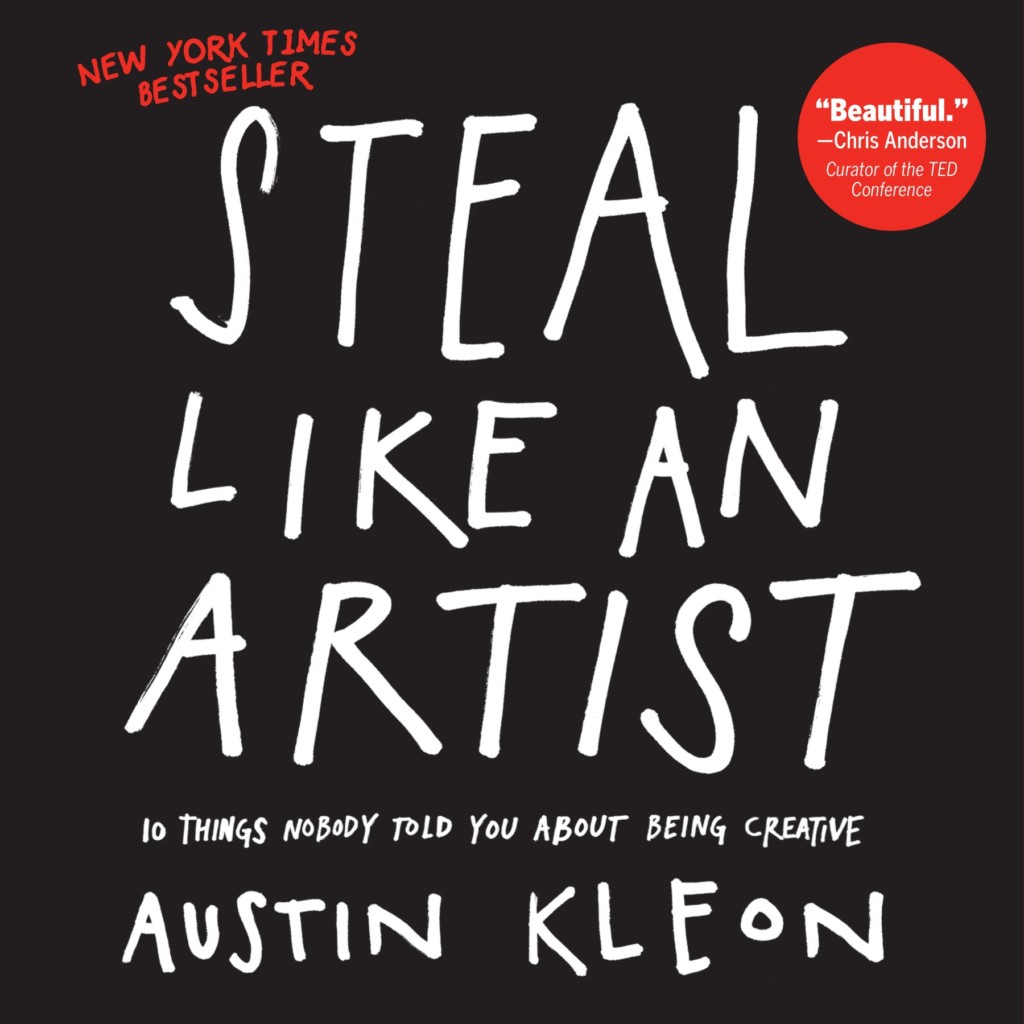 You don’t need to be a genius, you just need to be yourself. That’s the message from Austin Kleon, a young writer and artist who knows that creativity is everywhere, creativity is for everyone. A manifesto for the digital age, Steal Like an Artist is a guide whose positive message, graphic look and illustrations, exercises, and examples will put readers directly in touch with their artistic side. (source: goodreads)

3- Where Good Ideas Come from: The Natural History of Innovation, by  Steven Johnson 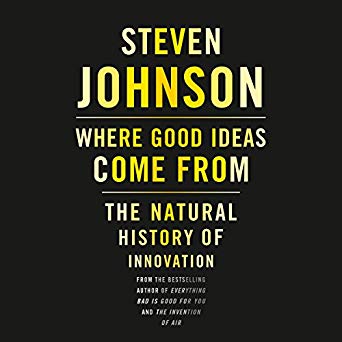 The printing press, the pencil, the flush toilet, the battery–these are all great ideas. But where do they come from? What kind of environment breeds them? What sparks the flash of brilliance? How do we generate the breakthrough technologies that push forward our lives, our society, our culture? Steven Johnson’s answers are revelatory as he identifies the seven key patterns behind genuine innovation, and traces them across time and disciplines. From Darwin and Freud to the halls of Google and Apple, Johnson investigates the innovation hubs throughout modern time and pulls out the approaches and commonalities that seem to appear at moments of originality. (source: goodreads) 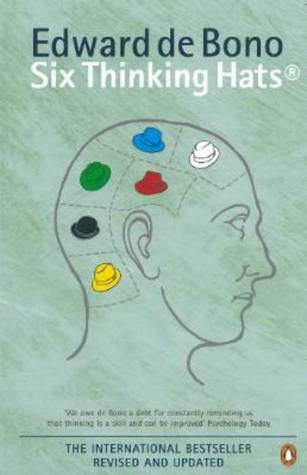 The multi million-copy bestseller Six Thinking Hats by Edward de Bono, author of Lateral Thinking and I Am Right You Are Wrong, teaches you how to run better meetings and make better decisions. Meetings are a crucial part of all our lives, but too often they go nowhere and waste valuable time. In Six Thinking Hats, Edward de Bono shows how meetings can be transformed to produce quick, decisive results every time. The Six Hats method is a devastatingly simple technique based on the brain’s different modes of thinking. The intelligence, experience and information of everyone is harnessed to reach the right conclusions quickly. These principles fundamentally change the way you work and interact. They have been adopted by businesses and governments around the world to end conflict and confusion in favour of harmony and productivity. ‘An inspiring man with brilliant ideas. De Bono never ceases to amaze with his clarity of thought’ Richard Branson.

Edward de Bono invented the concept of lateral thinking. A world-renowned writer and philosopher, he is the leading authority in the field of creative thinking and the direct teaching of thinking as a skill. Dr de Bono has written more than 60 books, in 40 languages, with people now teaching his methods worldwide. He has chaired a special summit of Nobel Prize laureates, and been hailed as one of the 250 people who have contributed most to mankind. (source: goodreads)