Echos co-founder, Juliana Proserpio, was at the 25th anniversary of the Wired Festival. In a two-part report, she will share everything that went down during those five exciting days in San Francisco, CA. 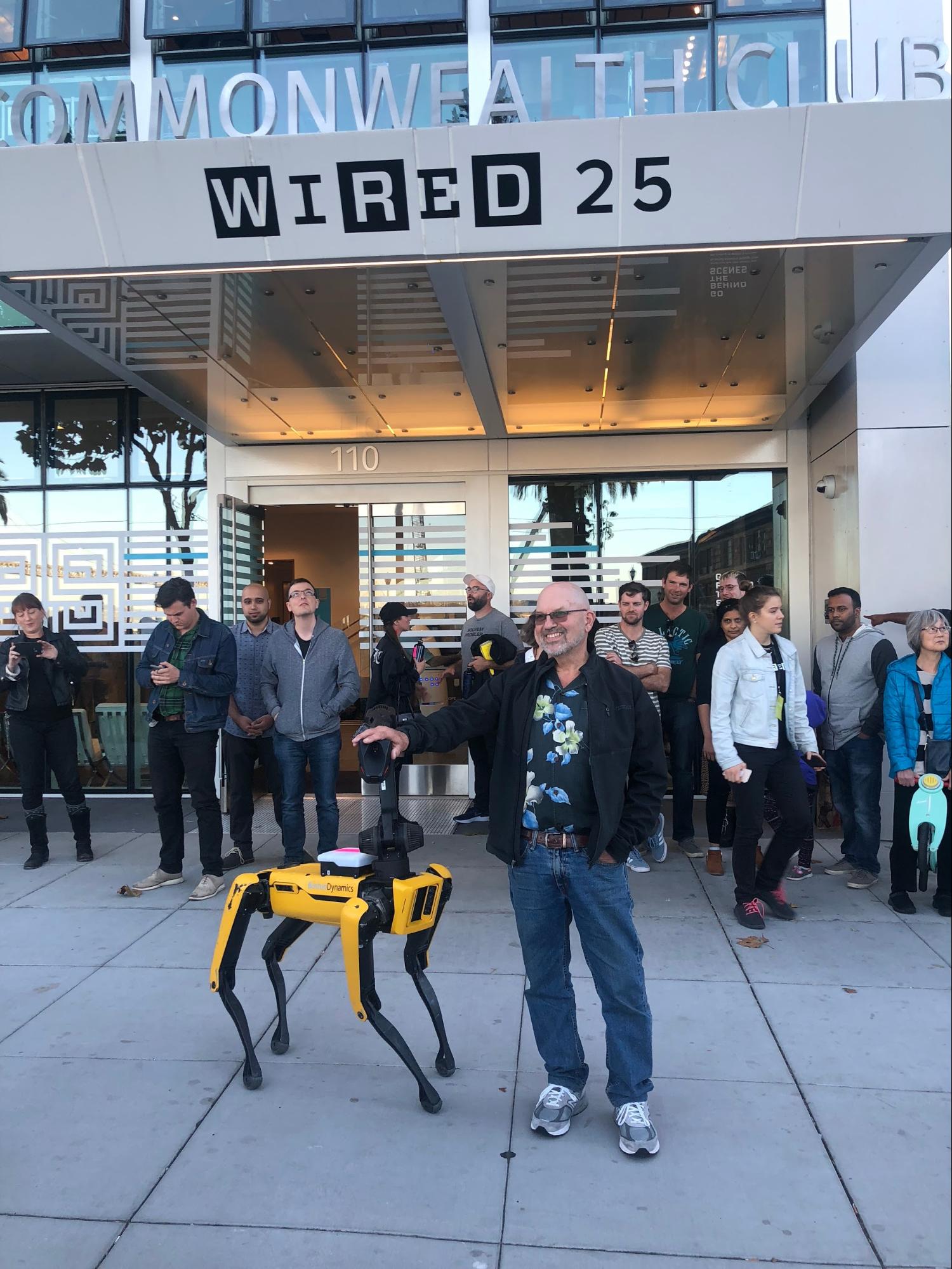 We are WIRED, but we are not numb, technologists are finally waking up from the techno-dream to begin to worry about their social impact and responsibility while designing new products, features and systems.

Wired’s 25-year festival was all about inclusion, ethics and responsibility in tech. The gadgets were there, of course, new technology was presented, but the main discussion was on the point of convergence between humans and tech.

Gratefully they’re not talking anymore as techno-utopians (believing that technology allows humankind to make social, economic, political, and cultural advancements), but mostly like techno-optimists (thinking that technology is an essential force for positive change, but not solving everything by itself). 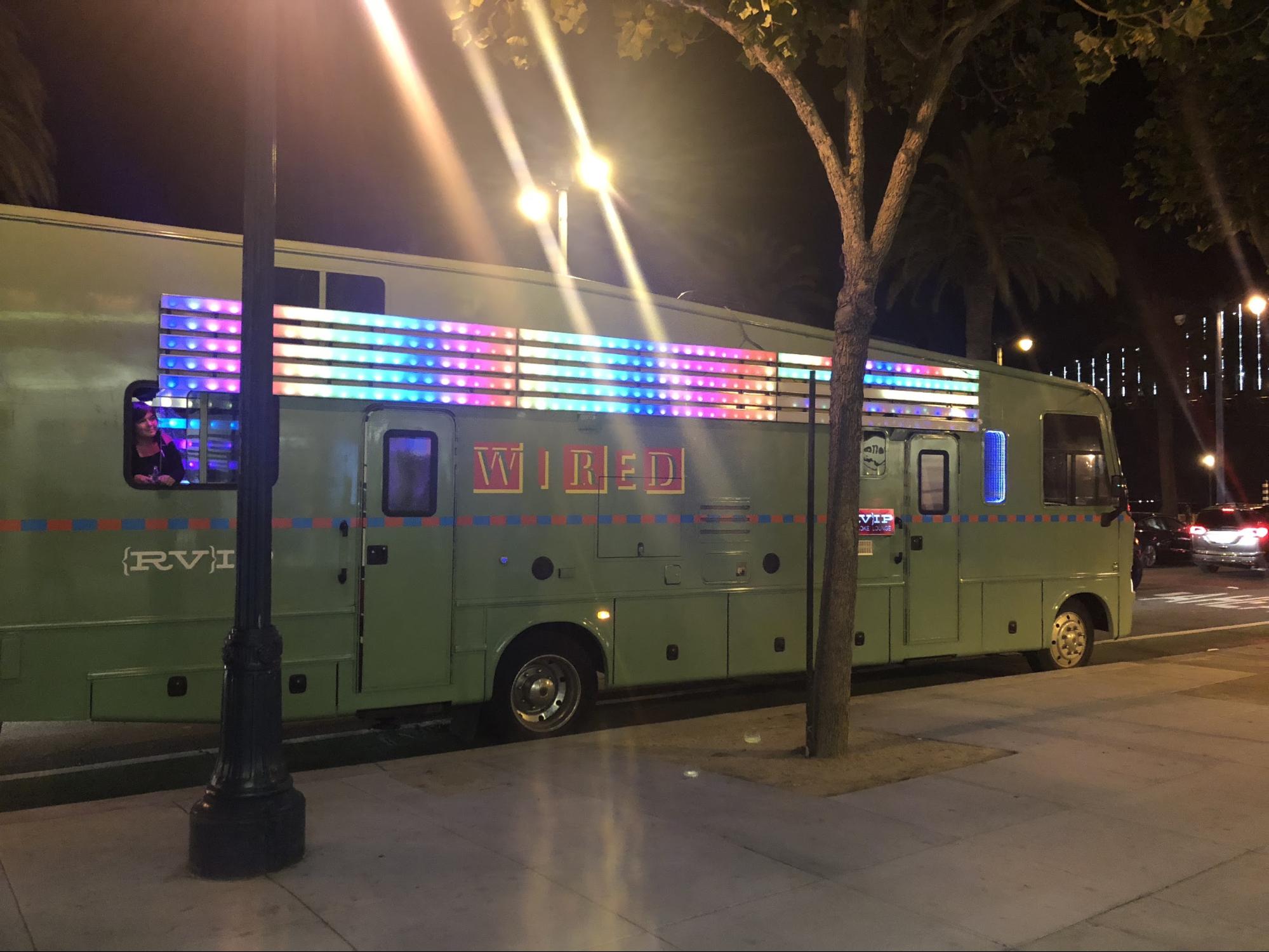 #Wired25 was a 5-day intensive festival on technology, innovation and its impact on society. To make this material more useful, I tried to cluster the main topics uncovered on these five days.

1) PUTTING HUMANITY AT THE CENTER OF TECHNOLOGY

1.1) “We need to acknowledge that the conversations of the future have a past, and we need to think about the socio-techno systems we built, not only technology.” – Genevieve Bell 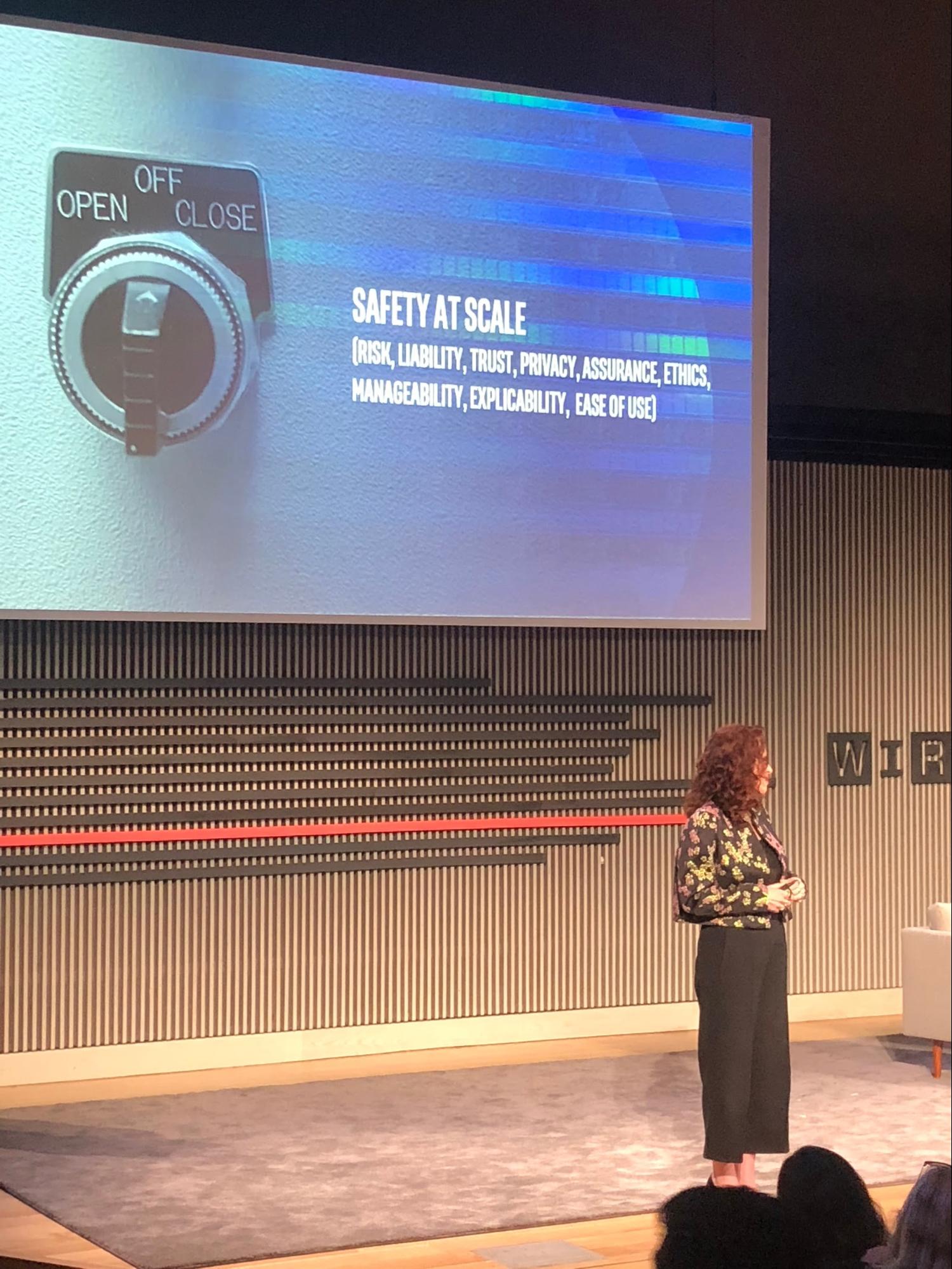 This statement pretty much sums up what is missing in the tech industry. Technology is more than just an industry, it’s the enabler of new ways of living and because of it, needs to be thought and designed with care. Genevieve is an Australian anthropologist best known for her work at the intersection of cultural practice and technology development, a fellow at Intel and professor at the Australian National University.

It’s becoming crystal clear  – it has been reinforced at WIRED – that humans, and not only technology, should drive change.

1.2) “It’s good to be connected. The thing is what do you do with that. The nature of innovation is that you cannot predict all the consequences.” – Jony Ive, Chief design officer at Apple 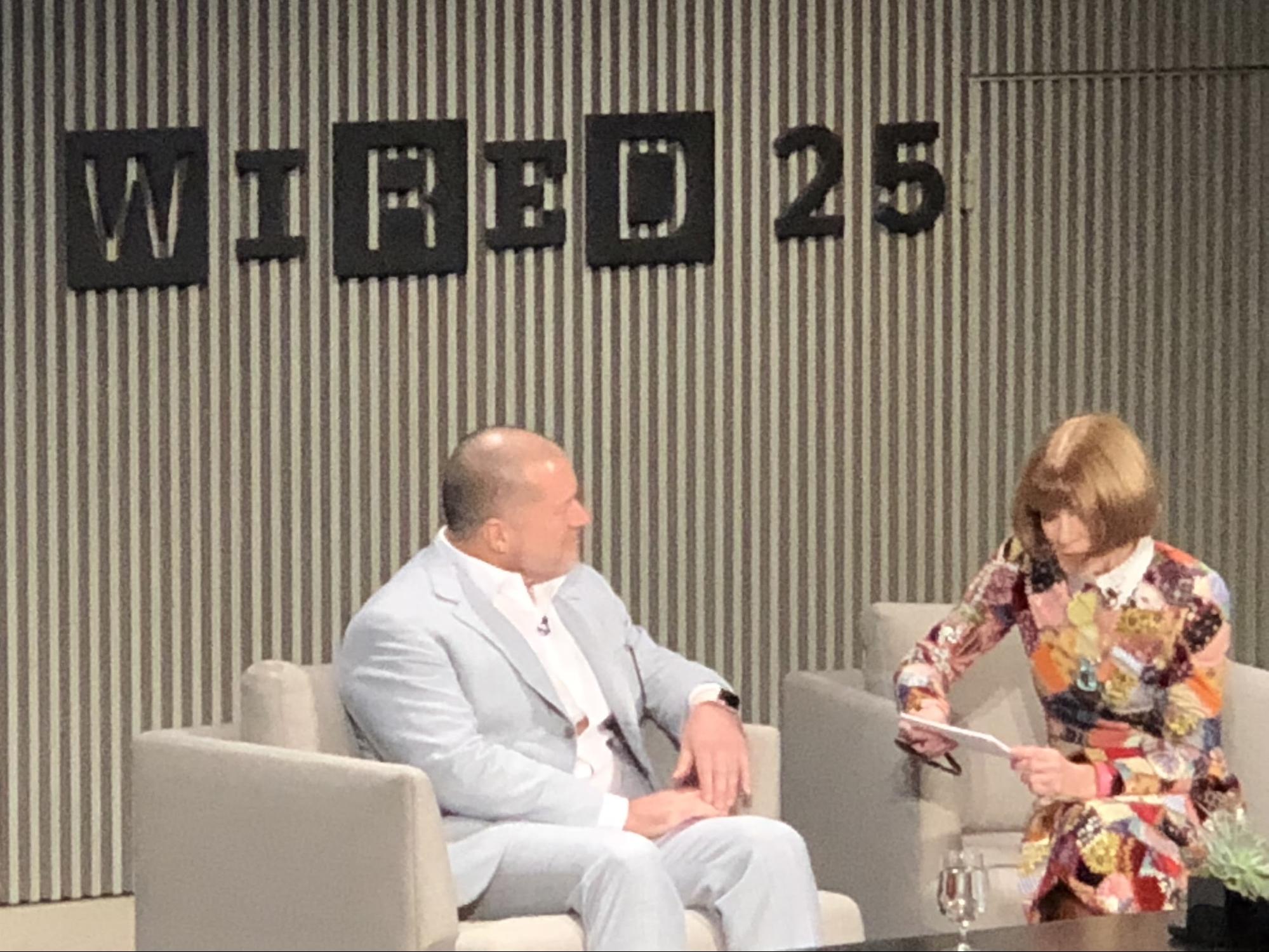 Jony Ive, one of the most iconic designers alive, was humble and not scared of anyone else’s pace. Jony talked a lot about the relationship between humans and technology; he’s becoming more and more a designer of these interconnections. For him, what Apple does is, simply put, “something to try to express our appreciation for our species”, and that is beautiful! As a designer, he’s not focusing on tech, or materials or anything tangible at all. What they’re trying to create is a tool that is an appreciation of the creative side of our species, so that pretty much unlocks the service that Apple is offering behind the shiny product. (For those of you readers who have done Echos’ Service Design Experience course, this would be Apple’s main job to be done).

Jony talked a lot about an ever learning process, here are my favourite quotes from Jony (I won’t add anything to them because they are genius and represent Design Thinking in its essence:

“We learn at different rates. There’s something very special when you learn in community. The vitality and the sense of opportunity when collaborating with different areas are great.”

“The creative process and the ideas that can become so powerful and, literally, world-changing at the begging are the same ideas that are very fragile. That is why it’s complex and shouldn’t be done with large groups.”

“Even when you frame a problem is as creative as solving the problem.”

“Our stores are places that the people meet and come to learn. It’s not just a transactional box.”

1.3) “Putting people first means not only listening to what they want but interpreting what they need and what they really want.” – Slack

We do much empathetic research at Echos, and many people ask: “Do people really know what they want?”.  Slack explained in a simple way why it’s important to ask people but never to stop there. When doing research, we need to understand what people mean beyond what they say.

Slack was one of the day’s highlights; they explained how to be a design-centric organisation with simplicity. At Slack they follow these three simple rules at everything they do: 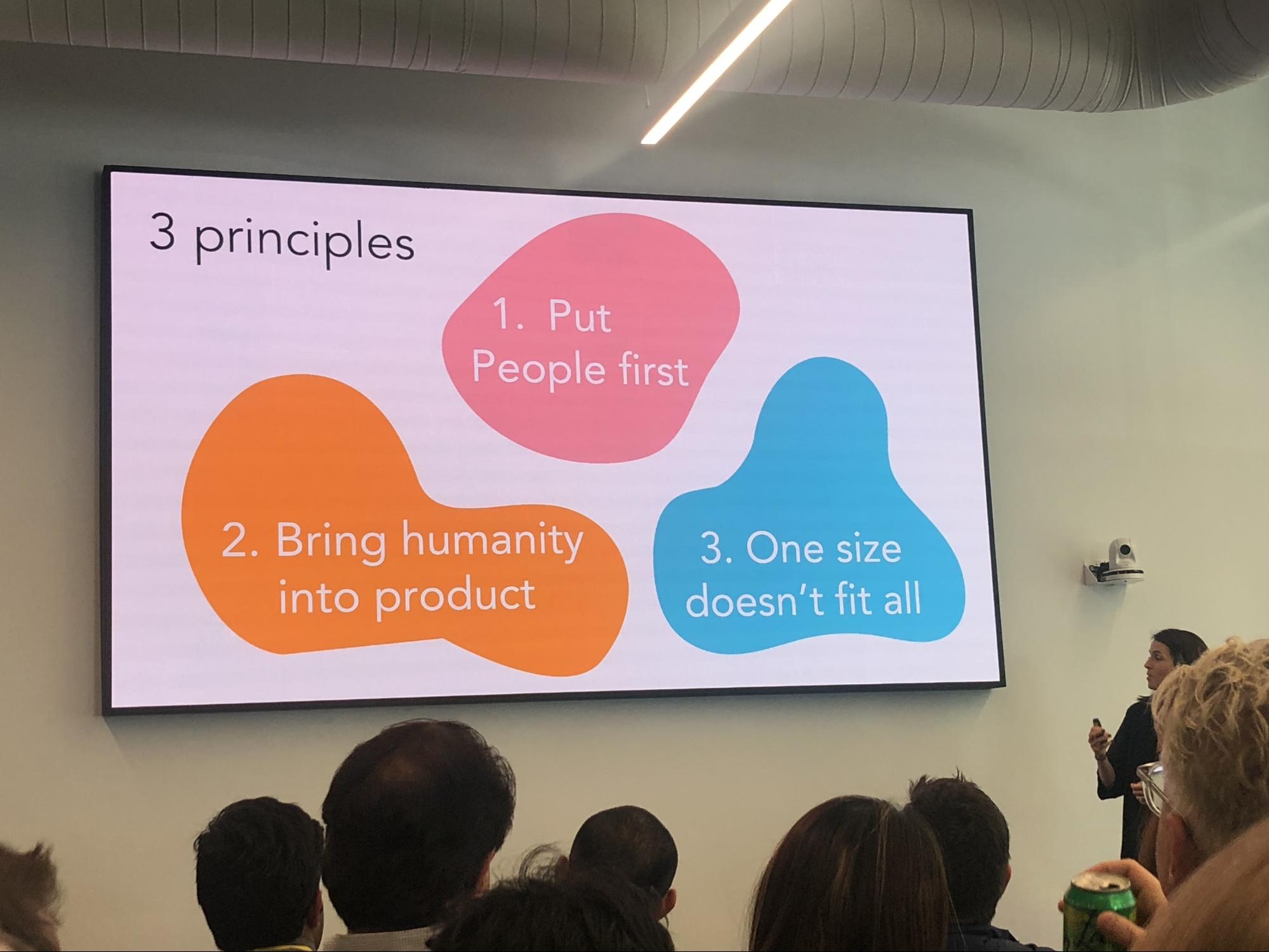 Putting people first means not only listening to what they want but interpreting what they need and what they really want.

2. Bring humanity into a product.

“Written communication leads to misinterpretation. That is why they started to use emoji – to reduce ambiguity.”

Tell me what you think when you receive a message from your boss like this: 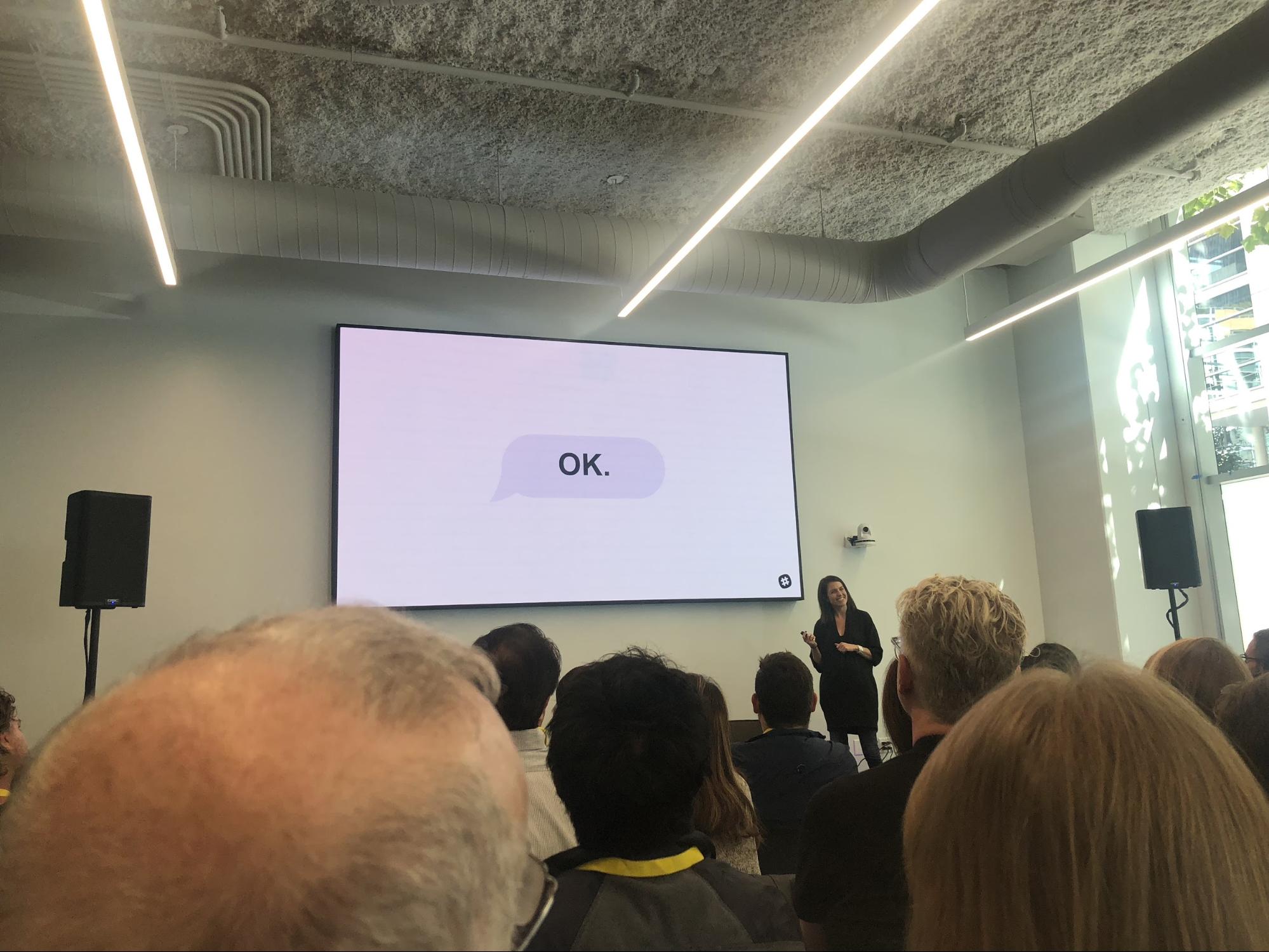 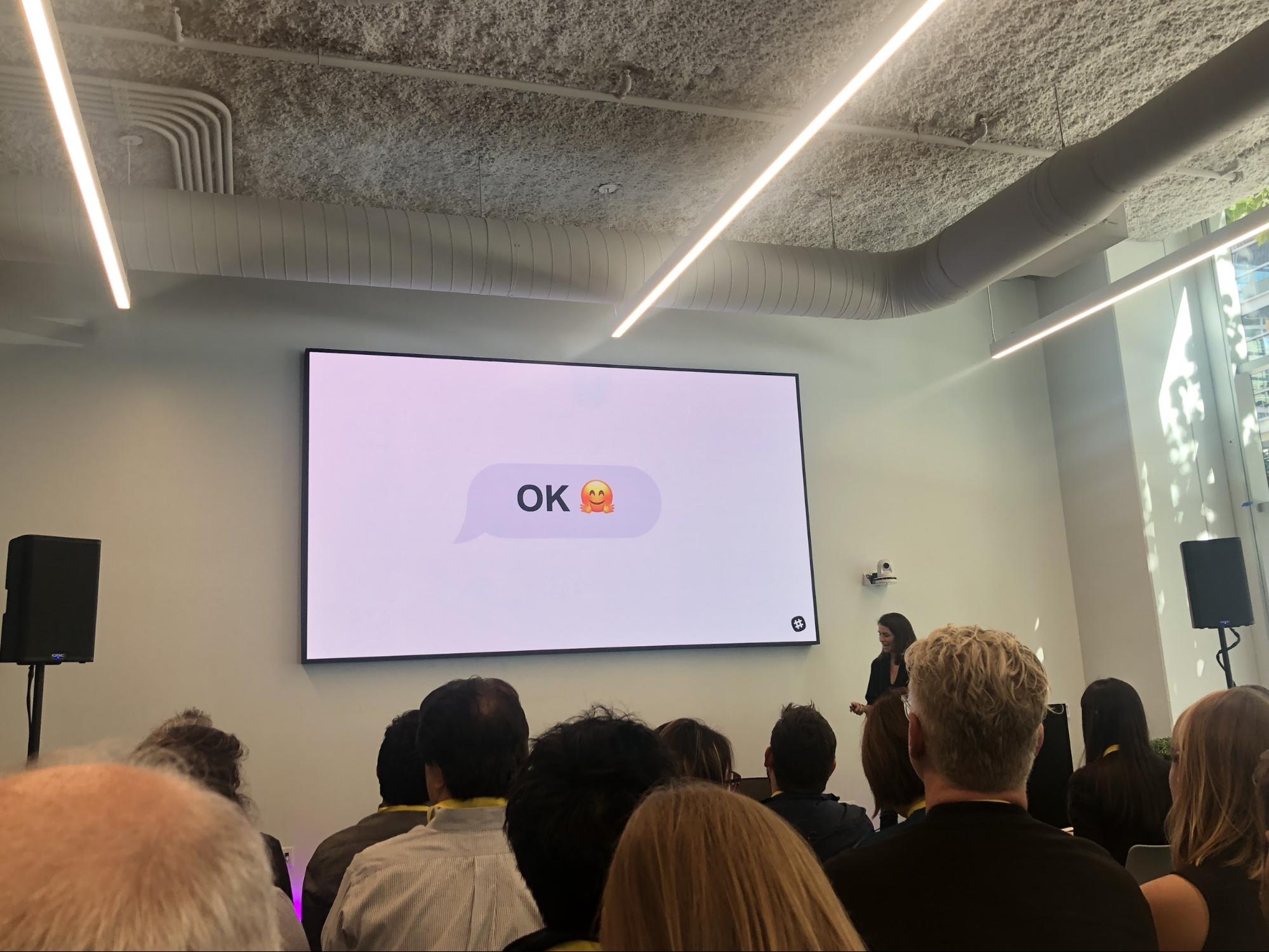 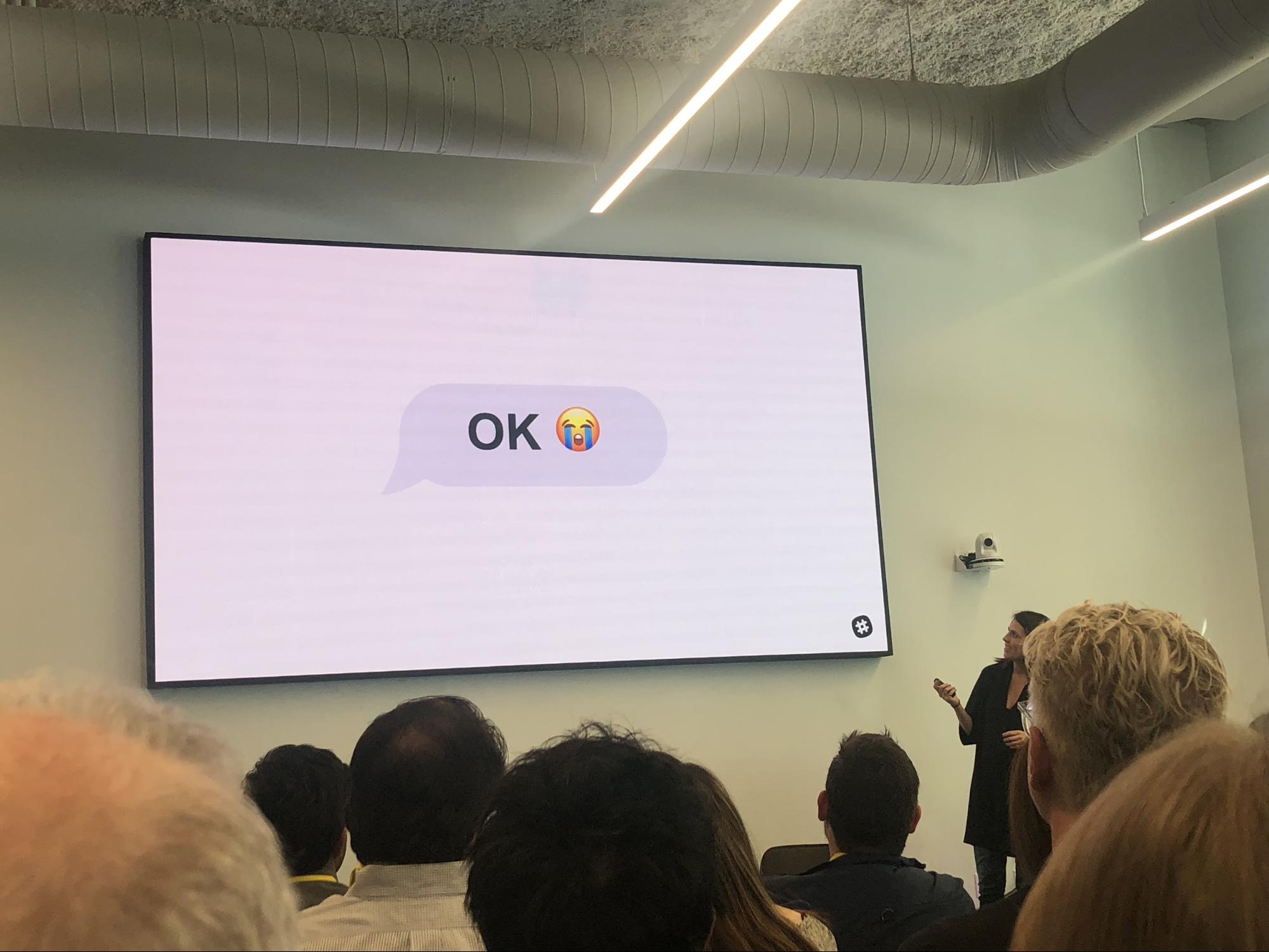 “You don’t know what you don’t know. Every time we go and do research we come back surprised. If you’re not surprised, you probably did not ask the right questions. We don’t know a lot. However, we want to learn.”

Slack is committed to learn about its users and to adjust its product to create better solutions for them. They, for example, a status update to show if you’re working from home, or from the office or even if you’re on holidays. These changes made co-workers behave differently towards one another.

1.4) “Being Design centric means to be customer-centric” – Airbnb, we love you! 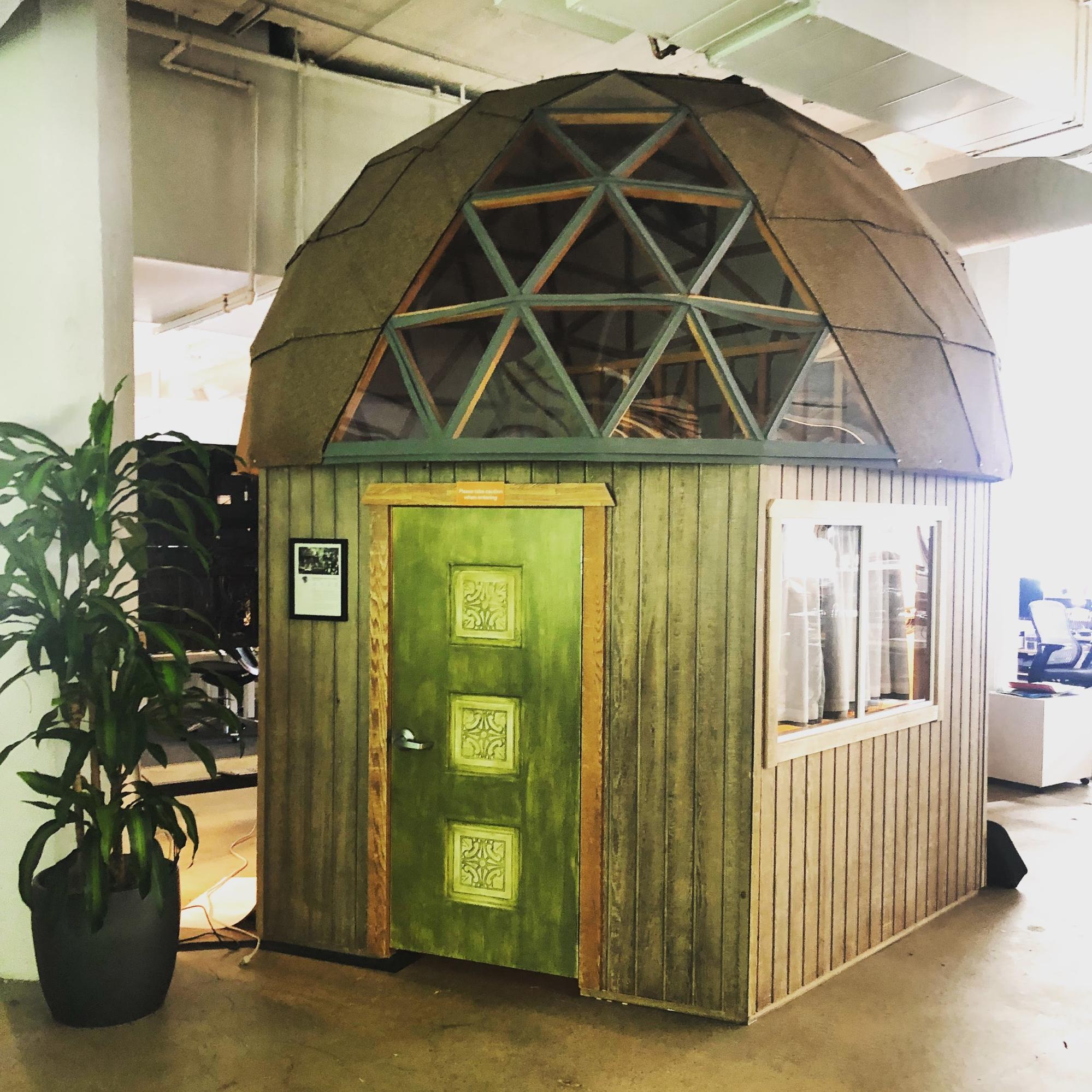 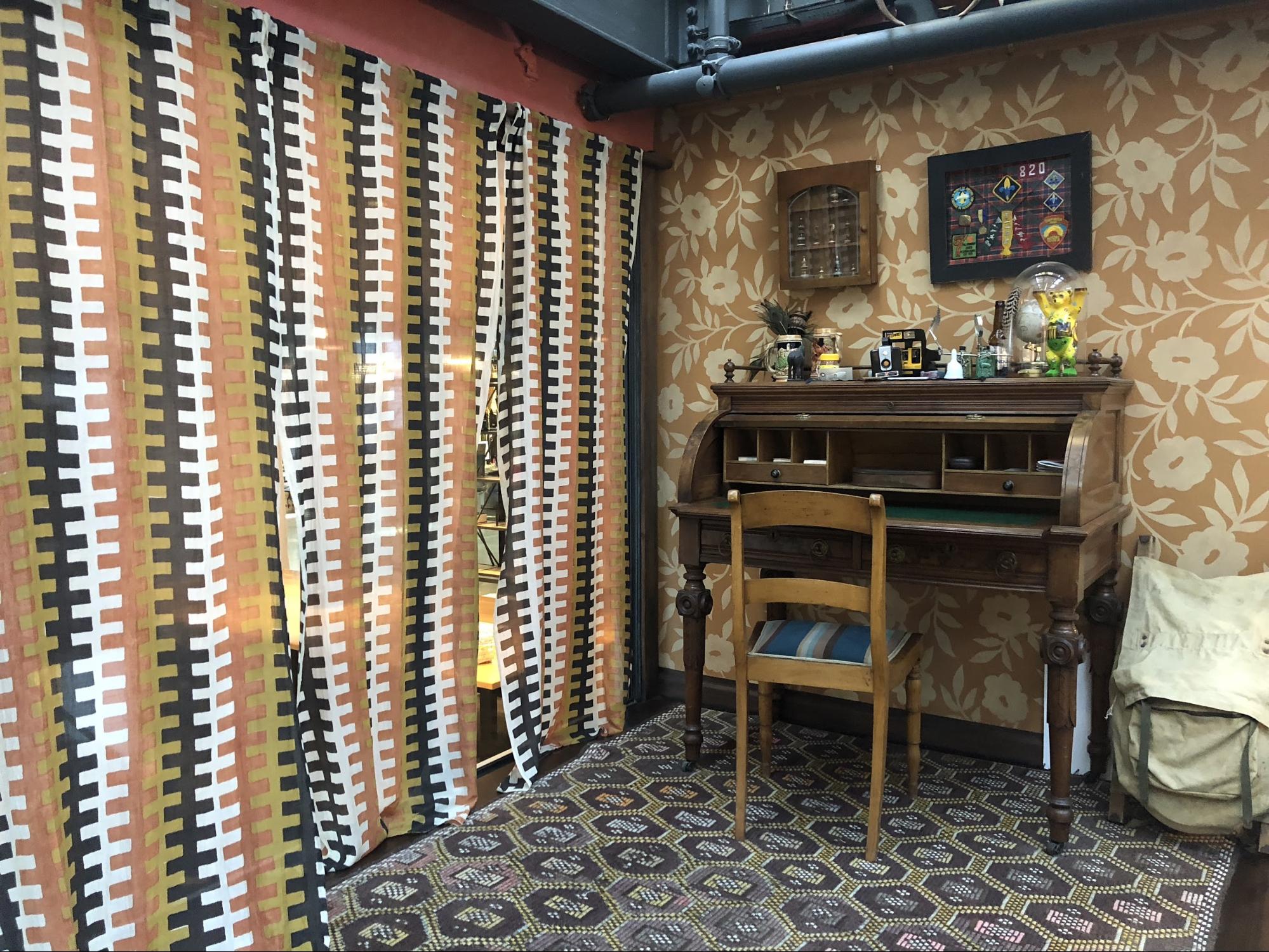 A bit of trivia: Every room in the Airbnb was a celebration of other homes.

Airbnb is a people-powered company. In every project they start, they first ponder: what does our community need? What do our people need and then they use technology for that. It’s people driving technology and no the other way around.

As a design-driven company, we couldn’t help but ask them during Q&A: “What is the designer’s role in the 21st-century company?”

Their answer proved that they’re all genuinely amazing designers:

“There’s never really a peak to this mountain in the 21st century. So you never get there. You never stop. You always have to think: Can I do it even better? Enabling that culture and having that mindset. Being a designer that is focused on the 21st century means that everything is really long term. Everything that you design can be there for the next ten years.”

2.1) “Technology like anything else is a form of power. So there’s less space for understanding that this is also a power and needs to be criticized.” – Anand Giridharadas 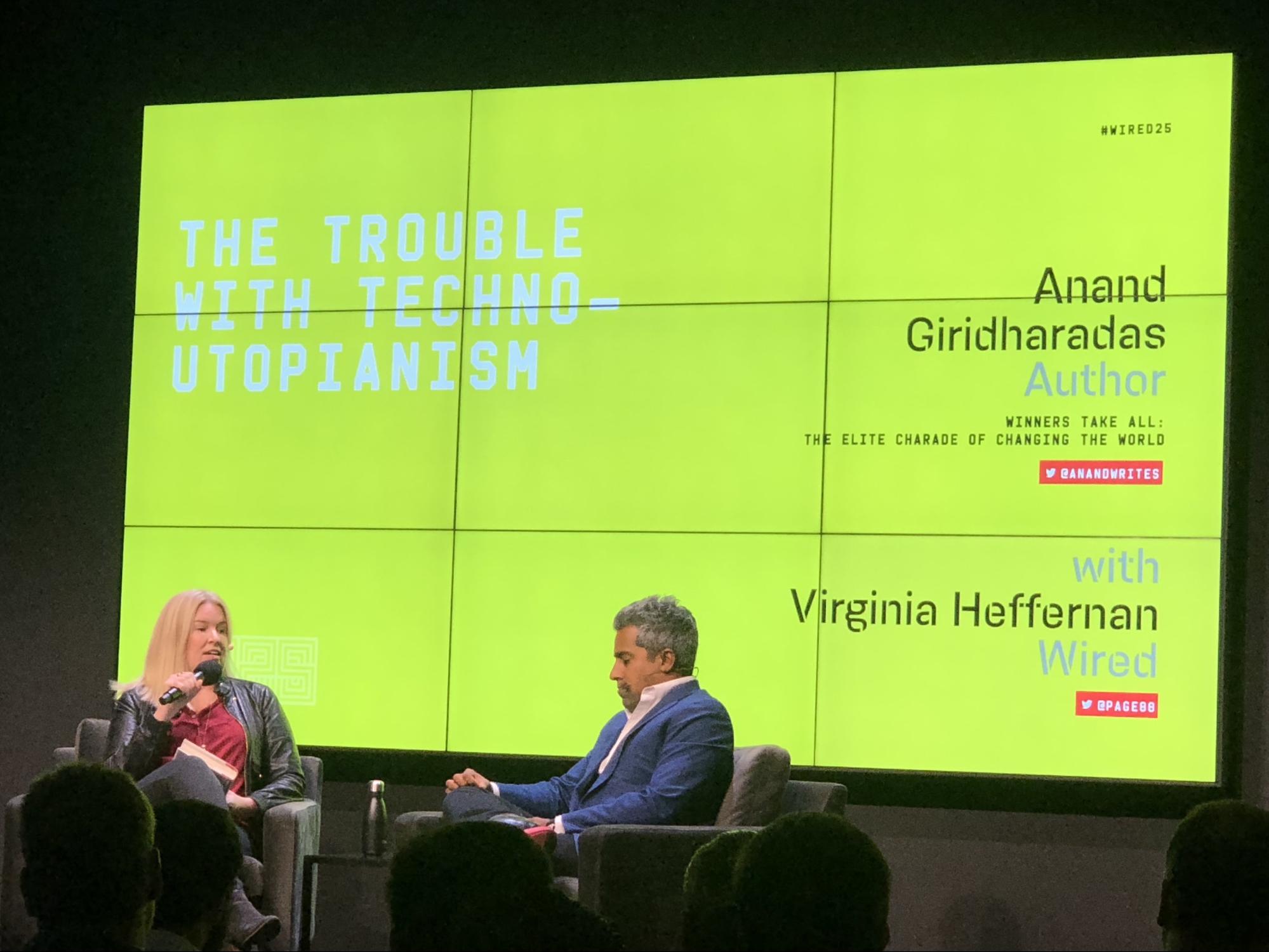 Anand Giridharadas – previously NY Times journalist and author of the book “Winners take all” – brought in the heat when he started a conversation with all of the “tech gods” sitting pretty close to him, saying: “We’re living a big hypocrisy with the ‘change the world’ mindset of tech companies. They’re getting the dirtiest money in the world – from Saudi Arabia. Companies like Uber, Slack, Leap, Magic Leap, and many others”.

“We’ve gotten to a place where Elon (Musk) will take the space, Mark (Zuckerberg) will end all the diseases. In the past 30, 40 years,  businesses were not supposed to change the world. It was a bottom-up system with this beliefs. However, there’s not a clear vision on how we’re changing the world, and there’s one thing in the middle of ‘changing the world’ that these people have, is that there’s GREED. These leaders have interests behind it. We live in an age where many people are apparently doing good, but it’s the most unequal of times in a 100 years in America.” (He is referring to the United States of America; as a Brazilian I feel the need to specify what “America” is is referring to).

“The very people who are announcing initiatives to save homeless people,  to help women, etc., are collecting 82% of the chips of every money in the world. (…) We’re privatising social change; we’re not asking questions about power. We should treat billionaires like the way we treat government and the military because they have an empire. The problem is when these things enter a space of totalitarianism where there’s no space to push back. It’s a messianic culture, and it does not leave space. Technology like anything else is a form of power. So there’s less space for understanding that this is also a power and needs to be criticized. We assigned the task of redesigning social structure for those who are the least social articulated people.  We need to take our society back.”

Jeff Bezos has a different view, heating the discussion again, Jeff argues that “rich people can contribute to things that the government cannot. When you’re innovating you want to take risks and governments are usually more conservative. You want to pursue something that no one else is doing because if they’re doing it, you shouldn’t be doing it.”

Bezos also brings a critical aspect of tech: “Technology is always two-sided. You can use for good and for bad. The Internet is a biased confirmation machine. If you have one view, you search online and will confirm your view. Social media is increasing autocratic regimes, but that is not new. A book was also a technology that wrote horrible stories and created a movement. They are also dual sided, but you cannot stop progress because of it.”

2.3) “When you say that the government should fix this, you’re separating yourself from being part of the government.” – Marc Benioff from Salesforce

The question is, shall we stop technological progress until we fix the under laws for development? Should we rely our information, our decisions and paths so much on technology or rely on the people in power of tech? Should the tech companies or founder be acting as governments? Who is going to scrutinise them? How can we balance decisions and the future path of our world if the power is so much bigger in one side with very few people?