Japan is known for being home to several UNESCO World Heritage sites, for its martial arts, and, of course, for being the home of sushi, one of the most popular dishes in the world. Besides tourism, sports and food, Japan is globally known as a tech leader, a country where innovation and tradition coexist in peace and in prosper. A few of the things that were invented in Japan are the bullet train, pocket calculators, the walkman, mobile internet, paying for content, amongst many other life-changing gadgets and services.

I had the chance to sit down with Echos founder, Juliana Proserpio, who was recently at Miraikan – which is a Japanese word that literally translates to “Future Museum” -, the National Museum of Emerging Science and Innovation, in Tokyo. We spoke about her experience in this profoundly inspiring environment and her impressions after her visit to Tokyo and its very own “Future Museum”.

RG – Tokyo is a highly stimulating place, can you share your impressions of the city?
JP – Tokyo is an incredible, vibrating place where an extreme traditional reality coexists with a digital, innovative, out of the box other reality. Some places you go in the city, you will find that people are timid, speak quietly, dress conservatively, etc. In others, everything is neon lights with loud music playing, people talk loudly, and it feels like you are at a nightclub. Shinjuku’s aesthetic, for instance, which is one of their most touristic and commercial suburbs, reminds me of the movie “Back to the future”. The feeling would be of a very modern suburb if you imagined how a modern suburb would look like in the nineties, a dated notion of what new looks like.

RG – Miraikan means “Future Museum”. Did you feel like you were stepping into the future when you first walked in? Tell us your first impressions on the museum.
JP – It felt like I was stepping into an open discussion about the future. What I really liked about it is that the museum is very interactive and deconstructed of the notion of what a museum should look like, and also the fact that you choose what your journey will be before you get in. At arrival, you interact with a gadget where you choose what future you wish could happen by using a tool they call “Backward from the future thinking”, which is a tool that projects the future and, from there, takes all the steps back to the present in order to make sure that future could indeed happen. There are a few options of possible futures that you can choose from, and you go through many steps to make sure this future can be viable. At some stage, you may get a “letter from the future” that will tell you what worked and what didn’t in your future prototype, and your future self will then invite you to co-create a better solution with yourself to get to your desired future. Very cool.

RG – What was the most innovative thing you’ve seen at the museum?
JP – The robots are very impressive. I’ve seen many robots in my life, but what I thought was cool was the discussion behind their robots’ exhibit, that proposed the question “what makes us more human than the bots?”, you know, since we are building robots to look, act, think, etc. more and more like us humans, what then makes us more human than them? It’s interesting because they are using the robots to interact with people “face to face” in order to understand the question “what makes us humans, humans?”. In this experience, you realise that what a robot pays attention to when speaking to you is definitely not the same thing that a human pays attention to when speaking to another human. 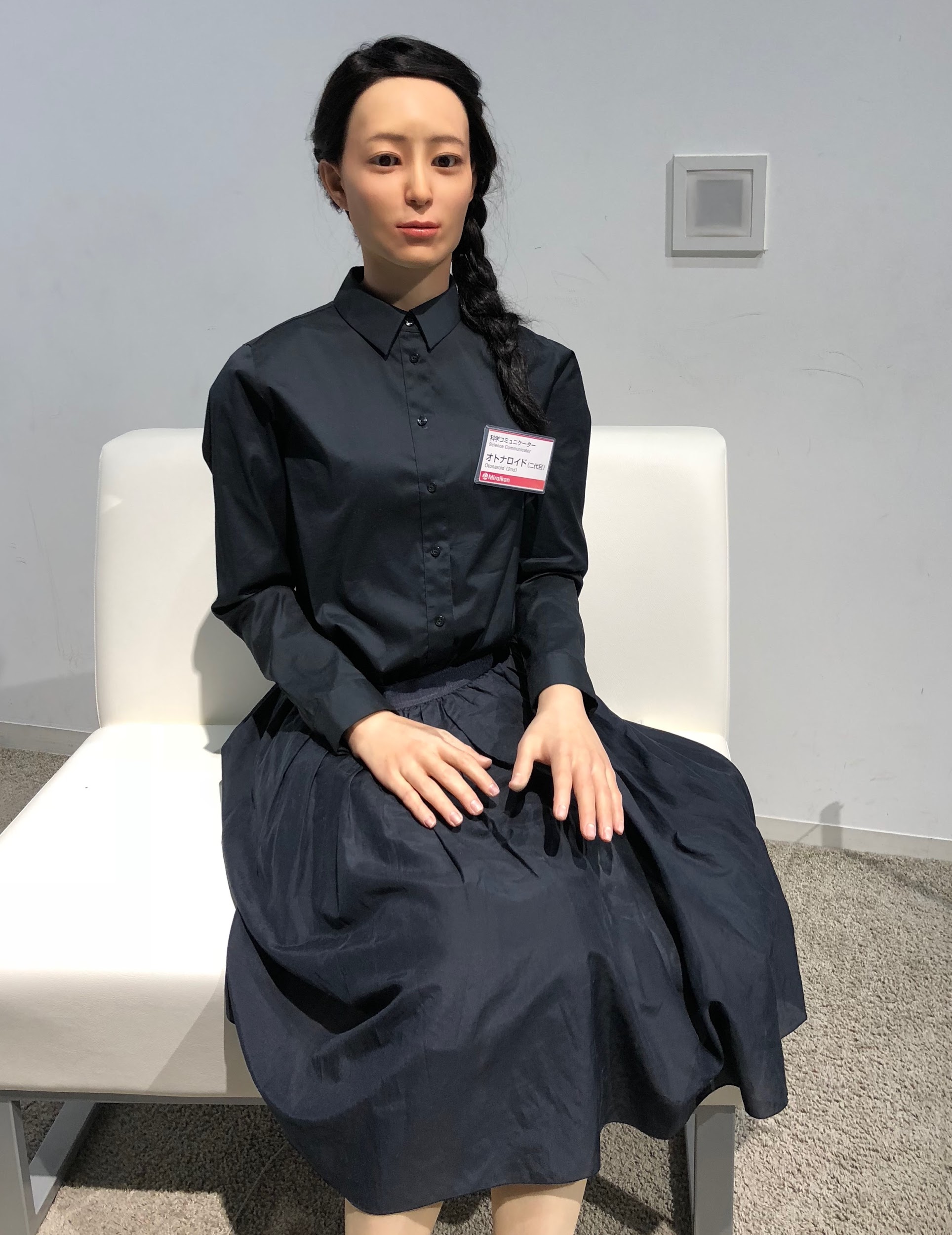 RG – What kind of exhibits did they have? Was there any exhibit in particular that inspired you or, perhaps, surprised you the most?
JP – There is an exhibit that tells you the history of the internet, which I found very interesting. The exhibition shows you in a physical and ludic way how the beats and the atoms connect in order to make the internet happen. Something else I thought was really cool was the fact that they have a very clear positioning in what they understand innovation to be. Japan is a country that has been ahead of many other countries in instigating innovation. In the museum they show us the five “rivers” from which creative innovation flows through river one is the “alternating river”, river two is the “mimicking river”, river three is the “serendipity river”, river four is the “integration river” and river five is the “associating river”. I thought this “rivers” concept was so interesting and very particular to the Japanese culture.

RG – We’ve heard of something called the “Dome Theatre”, can you describe to us what that is?
JP – It is a huge sphere that represents Earth in which images are projected on. It reminded me of Brazil’s “Museum of Tomorrow”, that has a very similar installation. The projections allow you to see in images the impact that environmental abuses are causing to the Earth, for example. It’s a beautiful installation.

RG – In your opinion, is it possible for someone to try and apply to their lives innovation concepts they see at a science museum?
JP – I think so. I think the biggest lesson in the “Future Museum” is that all of our interactions are ecosystemic, that there isn’t one way only of doing something that will satisfy everyone. That notion of a shared future that incentivises human-centred innovation helped by technology. Even the way we are building robots to look and behave as we do tells me that we are still in search of answers and learning who we are. I think Japan’s “ecosystemic future” approach is very interesting and extremely different from the “singularity future” approach, that is an American vision that believes “technology saves it all”.

RG – Japanese society is highly driven by technology. What can we learn from them when it comes to innovation?
JP – What I learned from my time in Japan is that discipline and rigidity are not the same things, and I think people are scared of the word “discipline” because they think these two words are synonyms – even I did. Japanese culture makes it very clear that they are not the same; Japanese people have a huge amount of discipline in whatever task they perform. Discipline is extremely important to accomplish innovation; you need to be able to be determined to do whatever it takes to get to the final product, no matter how challenging the road is.

To learn more about the “Future Museum”, click here. You can read more from Juliana Proserpio on the Echos blog, where she is a contributor, or follow her on LinkedIn.