It’s 7 A.M. and on my way to work I see – as I do every day -, one after another, the members of Sydney’s fitness crowd, an endless line up of committed people who are, weekend or week-day, all muscle, sweat and tears. Australia is one of the world’s most active countries and its citizens are always up for a challenge: surf is always up, runs are always a good way to get to work, swimming is an option even during Winter, pedalling is always fun, skiing and snowboarding are the choice for those three months the heat leaves us, boxing is a great stress relief for lunchtime, yoga by the sea helps us wind down on weekends. Seriously, you name the activity and we are, most likely, all over it. Not to mention our huge sports culture that encourages mateship and social gatherings that revolve solemnly around sports. We are a nation of outdoorsy, sun-kissed people and we’re proud of it! All of this movement granted Australia the fifth spot as the healthiest nation in the world, according to the 2017 Bloomberg Global Health Index. Not too shabby, uh-uh.

If Australians aren’t scared of running a marathon, modern society with its nonstop information stream being thrown at us 24/7 reveals itself to be the decathlon of concentration; it seems that the more information we have, the easier it is to have shallow and nonspecific knowledge about everything. We are all a little overwhelmed by the amount of information our brains register (or try to) on a daily basis. Take for example this 2012 study by Martin Hilbert, from The University of Southern California, which projected that by the year 2007, people would be bombarded daily with the equivalent of data from 175 newspapers put together – yes, per person, per day. In 2018 we can safely say that he wasn’t that far off as according to IBM’s 2016 Marketing Cloud Study, 90% of the data on the internet has been created since 2016, so all that work I put on the HTML code of my extinct Blogger.com blog was really for nothing.

At the same time that this is all true – yes, we all feel very insignificant at times before this universe of knowledge surrounding us – people are developing and evolving alongside technology. Methods such as our very own Design Thinking have become and continue to grow more popular due to a human necessity of constantly questioning the status quo and challenging oneself. The world is moving fast, but so are we. As I said before, running, swimming and pedalling all before 7 A.M. is no picnic: machines may learn faster than we do, but we humans are resilient as hell.

Although not technically a muscle, our brains are unquestionably the part of our bodies that have the most potential for development. Earlier this year, the world lost one of its most brilliant and accomplished minds, professor Stephen Hawking. The magnitude of Hawking’s mind never ceased to amaze me; his genius transcended society’s expectations, his physical limitations, his years and they will, I’m sure, transcend time. Looking right in the face of this man’s body of work – like you can in this New York Times’ article -, it becomes crystal clear that the genius of a beautiful mind cannot be compared to anything else our bodies (or our machines) can do, and even with his electronic voice on his high-tech wheelchair, Hawking could not have been a bigger manifestation of humanity: resilient, stubborn, endlessly curious. 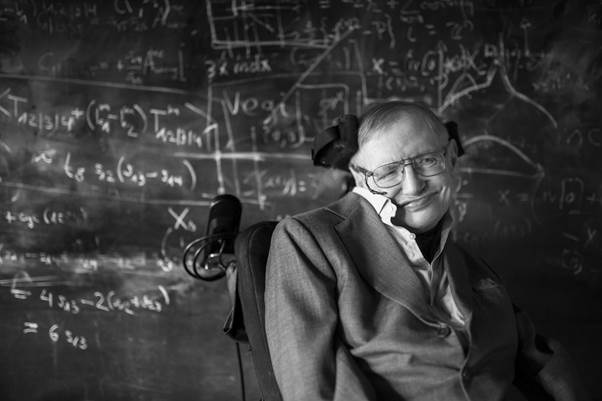 Our legs may physically take us the extra mile whilst our brains are constantly trying to do the same, but there is no denying that invested minds – as not all of us can be as brilliant as Hawking -, are the reason this world goes round. I believe that brain stimulation should not be treated as a weekly one hour class you take at the gym in between checking social media and work emails, but rather as an ongoing PhD class you attend once a day for deep, meaningful hours of research and wonder; it should be taken seriously and religiously as our atheist scientist muse most likely did.

In a society where information is everywhere and things such as machine learning are no longer a thought from a farfetched future, true knowledge seems to be – more than ever – the very definition of power.