This morning I was reading an article called “What Netflix needs to do to make a successful late-night show”, an article that talks about two late-night shows produced by Netflix that have been cancelled recently (The Break with Michelle Wolf and The Joel McHale Show), in which David Lidsky writes:

“So then you have Netflix–established talent on a splashy set, doing more or less the same stuff that’s been the formula for late-night shows for more than 60 years. Michelle Wolf is funny, but her show mostly played as a weekly topical standup (sic) special with a couple of taped bits thrown in. Netflix likes to think of itself as a mold (sic) breaker, but Wolf still came out on a stage that was set up exactly as talk shows have done forever–music to her left, seating to her right. In what would be her last episode, she did an amusing set piece about the conventions of true-crime documentaries, which certainly implicated Netflix but didn’t go far enough in biting the hand that fed it.”

His words got me thinking: How is it possible that one of the most innovative companies in the world is having problems innovating? And why, regardless of having changed the whole planet’s behaviour in how TV content is consumed, isn’t Netflix being able to reach late-night-show audiences?

Lidsky seems to have the answer, he continues:

“There are several ways Netflix could try to find its own comedic talk-show identity. It could do away with the idea of a show entirely and just produce the kind of clips that hosts like James Corden have ridden to great success. Post a new clip or two on the app at midnight and re-promote them every morning try to form a habit the way YouTube has become the home for the most shareable traditional late-night segments.”

To me, is not that simple, though. American late night talk shows are a very male-oriented and dominated scene. The whole concept seems so obsolete to me that the desire to replicate it – even when every single late night talk show out there is merely a replica of every other one – doesn’t resonate with me all that much. I’ll bite the bait, though.

I know there are Ellen Degeneres types in the world, but Ellen’s show seems to be about positivity and celebrities while her male counterparts that have their shows aired after dark seem to deliver content that consists of political anecdotes and, well, celebrities. Daytime positiveness, late-night darkness; not that similar, yet not that different. Netflix’s Chelsea Handler show, for example, was a fair attempt at having a woman in charge of a program that “aired” after 3pm.

I was an avid watcher of her Netflix show because I felt it was refreshing – in many episodes, there were no celebrities to be found, just politicians, people in science or tech, you know, normal, interesting people, talking about normal, interesting things. Even when celebrities were on, they were talking about work or ideas rather than describing their last trip to Aspen. It all eventually went wrong and the show was cancelled, so here are my two cents on why Netflix may be struggling to innovate the oh-so-old late night chat show concept. 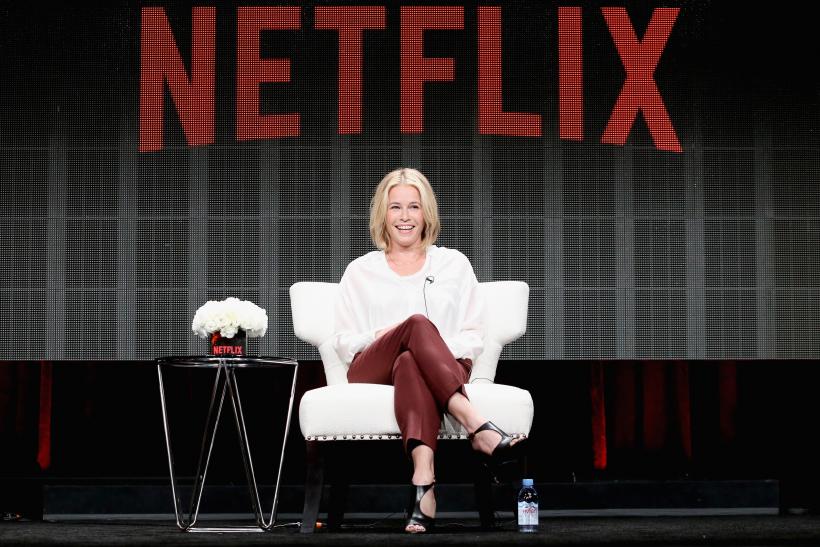 First point; I am well aware that Netflix doesn’t have air times, and this may sound silly, but can you really call any of your programs a “late night show” when you’re in the streaming business? Food for thought.

Point two; sure, the show took a very sour political turn at some point during its first season and the balance between political rants and jokes was a bit off. Chelsea had a background in stand-up comedy and celebrity news, which would make the greatest combo for a late night host, but in an attempt to (really) distance herself from her former self, she took herself and her politics too seriously at times and, perhaps, a late night talk show isn’t the place where people are open to – or in the mood for – that kind of honesty.

Point three; I never watched Wolf or McHale’s shows, but I did watch Chelsea’s until the very last episode and, although sad, I was not surprised when the show got cancelled.

Point four (and I’ll stop here); If innovation is Netflix’s main goal, maybe reshaping the wheel isn’t the smartest idea, especially after they have proven to be so good at reinventing it. Maybe Netflix isn’t meant to be the home of a great late night talk show and, so what? It is already the home to so much more and has already changed the status quo of entertainment for the better forever.

If something is only innovative when it adds value to someone’s life, I say I rather watch a series of attempts to something I can’t name, than to watch just another remake of that other show.

You can read Lidsky’s full article at the Fast Company website.